After a year and a half as an engineer on Twitter's Trust & Safety team, I'm looking for my next gig. Contact me if you know of something interesting.

This is one of those problems that I run into infrequently enough that I don't always immediately remember the answer. It usually happens when I'm working on a local topic branch and I try to push it to our staging instance on Heroku.

I push my code as usual, using

Then I go to test my changes, and wtf? Its like nothing's changed at all. Then I usually try one or more of the follow things:

Then, at some point, I remember that heroku always commits the master branch. Doh! No wonder I wasn't seeing any of my changes. So I reset head back to somewhere before all of the useless commits of the last 5 minutes, and then push my topic branch like so:

Suddenly everything works as intended and I no longer want to strangle kittens.

I ran into a strange issue while attempting to checkout a remote tracking branch of an Intridea project earlier today, so I thought I'd post up my work around.

which resulted in this error message

After a bit of googling, I'm still not sure of the cause as most of the search results were related to issues around deploying tags, and I was merely attempting a checkout.  What I did find out was that I could specify the start point of my new branch by the revision/commit sha instead of the remote branch name, like so...

Once I had applied my changes, I just had to make sure to push them to the proper branch. 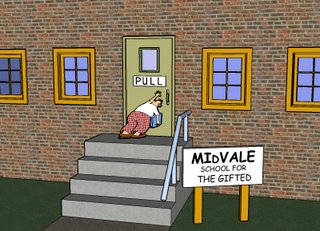 Ok, I'm a retard.  About a minute or two after I typed up this post, it occurred to me that Git couldn't resolve the remote branch name because I hadn't pulled first.  Yeah, that's right.  All I need to do was pull and then everything worked properly.

Today I began helping out on an Intridea project that (by the client's request) uses Subversion as their revision control system instead of Git.  Initially I was a bit dismayed.  Hell, I actually felt a little sick to my stomach.  Git has treated me very well over the past year, and I hadn't touched a Subversion repo in even longer.

Git-svn had crossed my mind, but it wasn't until a coworker suggested it that I decided to give it a try.

The first thing was to get it installed.  I followed this tutorial and only had to make one small change.  Adding /opt/local/libexex/git-core to my path didn't work.  I did a quick whereis to find out that my git-svn executable is in the /usr/local/git/libexec/git-core/ directory.  I updated my path and everything was kosher.

Now to set up the repo.  Most of the tutorials that I found covered setting up a new svn repo with git-svn like this one, but in my case, the svn repo had been around for quite some time.  Being the wannabe-know-it-all that I am, I decided to just go ahead an clone the svn repo, like so:

After about ten minutes of watching the clone chug away, I thought something was up.  Well, it turns out that if you don't include the proper options, the clone will pull down all branches, tags, whatever.  I didn't want, or need all of that.  All I wanted was trunk.  After a brief glance at the git-svn docs, I tried again with the --trunk flag.

Aparently, the -s option also works.  It tells git-svn that you svn is in the standard layout with trunk, branches, tags, and whatnot.

This time it ran for only five minutes before I asked myself wtf was going on.  I realized that it was pulling down every single revision, which I really didn't need.  I would've stopped it and tried again with the --revision (-r) flag which allows you to specify a revision number, or range of revision number, but the clone was already at rev 900 out of 1100, so  I just let it ride.

Once that was done, I was good to go.  I could pretty much just treat it as a regular Git repo until I was ready to push any changes back to the svn repo.  I used this tutorial by Clinton Nixon, who I had recently seen do a talk on Scala at the Developer Day in Durham, to help guide my general git-svn workflow.

After a year and a half as an engineer on Twitter's Trust & Safety team, I'm looking for my next gig. Contact me if you know of something interesting.